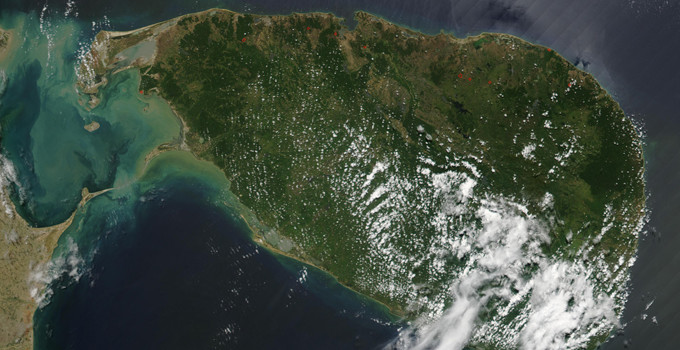 Set like a jewel between the latitiudes of 6 and 10 degrees north and the eastern longitudes of 79 and 81 degrees, this pear-shaped island was often described by early visitors arriving by sea, as being a narrow streak with a thick middle area. A chain of tiny islets and sandbars called Adam’s Bridge separates Sri Lanka from the subcontinent of India across the Palk Straits. From its southernmost point in its equatorial setting, the next neighbours are penguins, for there is nothing but ocean until the landfall of Antarctica. This convenient position along the ancient seafaring routes in the Indian Ocean, proved to be the initial bend along the twisted road to Sri Lanka’s destiny.

Monsoons
The island’s weather is dominated by its two monsoons, which cause wide seasonal and regional variations. The central massif of mountains catches two monsoons from two different directions and times. The south west monsoon season sets in from May to June and continues through to November. The south west wet zone receives some rainfall throughout the year but peaks occur in May to June and October to November, when extremely heavy rainfall occurs. The north east of the island gets its share of about 40 inches of rain from the beginning of November until January.

Sri Lanka is never out of season thanks to this neat arrangement between mountains, winds and oceans. The island’s proximity to the equator also means that there is hardly any twilight. Spectacular sunsets are daily phenomena but are so brief that it’s best to order your second sundowner with the first, before it no longer qualifies for its name. Roll handy which you can buy at any super market or general store.

Geography
The island’s greatest length is 353 km running north-south and is only 183 km at its widest along an east-west line just south of the centre. Within its area of 66,000 km2 is a remarkable variety of landforms, vegetation and wildlife. There are wide plains with high mountains, gentle slopes and steep precipices. Golden sandy beaches stretch for 1400 km encircling scrubland, semi-desert, grassland and hills covered in thick jungle.

The most important factors in creating this wonderful diversity have been climate, rock type and geological structure. There are three distinct erosion levels. The lowest, gently rises to a generally flat plain like the wide brim of a hat. This rises by a steep steppe of more than 300m to the second plain of the south central hill country. This middle peneplain has a maximum elevation of about 833m. From the centre of this rises another steep steppe of 1000 – 1300m to the highest mountain ranges. The island’s longest rivers, feeding much of the country, spring from these peaks. 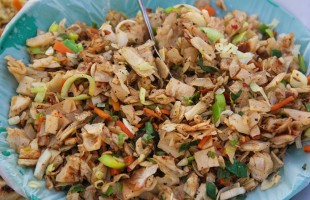 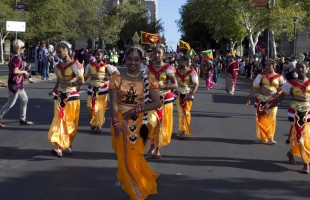