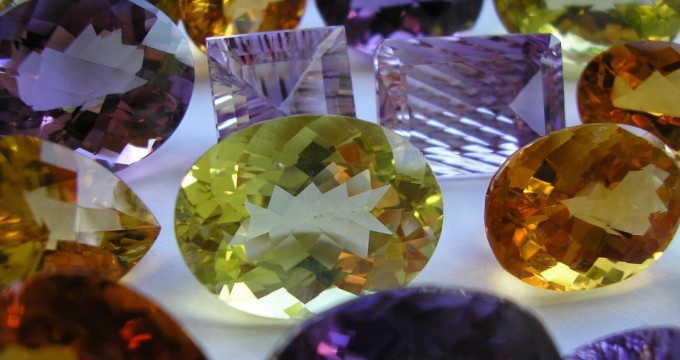 The gem-mining centre of Sri Lanka is also a major crossroad between southern plains and the hill country to the east. A bustling market city servicing most of the surrounding towns. Many of the prominent gem dealers in Sri Lanka operate from this town. Ratnapura is literally the City of Gems and it has been known as such throughout the history of the island and has been referred to in ancient texts here and elsewhere. Gem mining is widespread throughout the region and you will see pits dug in low lying areas like valley floors, riverbeds, paddy fields and other very damp places. Anything worth investigating is usually found in a gravel bed and extracted using primitive methods. A unique feature of the occurrence and distribution of gemstones in Sri Lanka is that a variety of different stones are invariably found together at one site. The stones that have made the region world famous are various spinels, aquamarines, tourmalines, topaz, garnets, amethyst, cat’s eyes, zircons and moonstones.

But taking centre stage throughout history have been the abundant sapphires and the rubies with their outstanding beauty. Many of the stones adorning the world’s royalty, including three of the world’s largest blue sapphires have originated here. Gem cutting and polishing is concentrated in the town itself which also has three museums. The National Museum has a display of fossil elephants, rhinoceros and hippopotami which have been found in gem pits in the Balangoda area close by. The area surrounding Ratnapura is extremely beautiful with lush forests and mountains that spring up suddenly from the plains below. The best views of Adam’s Peak are from here at the base of the mountain and the classic (or arduous) route to the holy peak starts at Ratnapura, through Gilimale and Carney Estate.

There is a route to Sri Pada from Ratnapura direction. Excursions include Sinharaja Forest and Uda Walawe Wild Life Park. The route towards hill country is beautiful. The surrounding area is a popular trekking destination and a good place for bird watching. Visit traditional gem mining and cutting operations.

Museums
Ehelepola Museum is a folk cultural museum. There is a private museum called The Gem Museum. There are several other private gem museums and gem cutting centres, which are also sales outlets.

Gem Mining
The mining operation for gems has been virtually the same since the days of the Alexander the Great or perhaps the Pharaohs times except for the modern addition of the water pumps for dewatering of the pits. The supports for the excavations are still mostly the logs. Labour is provided as a share to the earnings as well as the equipment, materials as well as the daily expenses such as food too are contributed as a share.

Transport
There are many public busses coming to Ratnapura from various destinations. Busses to Colombo are very frequent. There are busses to Panadura, Badulla, Ampara and Hambanthota and Matara to the south.

Sri Pada
Hill climb of a different type, a pilgrimage for the locals but famous for the spectacular sun rise and the panoramic views of Sri Lanka or simply for adventure. The summit is famous for the footprint said to be now covered under a huge rock. Thousands of Sri Lankans of all of the world’s major religions make this ardous pilgrimage to the summit during the season therefore the most popular hill trail in Sri Lanka to 2200m above the sea level . The season is between December and April when the summit is not misty and relatively dry. There are several routes from the Ratnapura side of the climb.

Sinharaja Forest
About 30kM from Ratnapura is the last remaining portion of rain forest of the country, the Sinharaja Forest. The forest has now been declared as a protected area. A popular tourist destination for its’ eco value, bird watching, research and for curiosity. The forest is famous among the scientists for the vast number of flora and fauna and a Eco lovers’ paradise on the paradise. Population increase and one time massive logging operation has decreased the extent of Sinharaja.

To and From
There are many public busses coming to Ratnapura from various destinations. Busses to Colombo are very frequent. There are busses to Panadura, Badulla, Ampara and Hambanthota and Matara to the south,

Uda Walawe National Park
Situated 70 km south of Ratnapura the park is located in the Dry Zone and comprises of grasslands and thorn scrubs and many valuable species of trees. Large herds of
Elephants and Deer species such as spotted Deer, Sambhur, Barking deer and Langur, Wild Boar, Water Buffalo, Jackal are some of the prominent wild animals found in this Park and a variety of avifauna is seen.

Kitulgala
Remember the film “The Bridge over the River Kwai”, it is here the bridge for the film set was built. The beautiful tributary of the Kelani River, over which the bridge was built is still attracting fans to the town. Other attractions include Keleni Forest Reserve a bird watching location, white water rafting and trekking.
This quite town probably had not changed since the days of the filming on 1950s. Kithulgala is about 100Km from Colombo on the main route to Nuwara Eliya via Hatton. 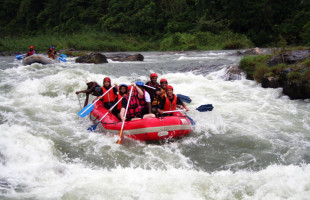 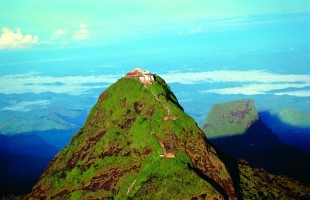