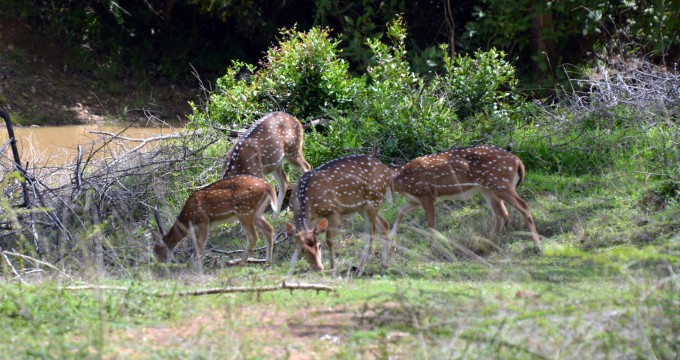 Established as agame sanctuary in 1909 the biggest park in Sri Lanka Vilpattu is now open to the public after many years of closure due to the war in the north. It’s 30 or so fresh water lakes are the best locations to view the wild life.

Vilpattu National Park which has been closed for several years owing to the north-east war is now opened. Vilpattu is the biggest national park in Sri Lanka covering around 500 sq. miles. 30 or so sand-rimmed freshwater lakes surrounded by grass and high forest are where the animals and birds are best seen.
Where it is.
About 230 kM north of Colombo and 30 kM west of Anuradhapura,
Established in as a game sanctuary in 1909, it was re-designated to a national park in 1938 and for many years had been a popular wildlife safari destination.

Kumbukwila and Nelunwila in particular are a bird watchers’ paradise. In the middle of the lakes are painted stork, grey heron, cormorants and darters, while lapwing, plover and blue coot rummage among the reeds nearer the edge. Duck godwit and sandpipers are winter visitors from October to April.
On the top-most branches of the trees in the forest are hornbills who attract a lot of attention because of their comical looks and loud metallic voices. Comical they may look but strict husbands they are, locking their mates within clay walls in their hollow tree trunk nests until the eggs are hatched and the young ready to fly.

Pig, bear, deer are common animal here while it is also home to a large population of leopards. Elephants are less frequent preferring the Pomparippu plain and the open areas around the Kala-oya.

Archeological Sites with in the park.

The Ancient harbour at the foot of the Mount Kudremalai is the place where the first settlers from India (Prince Vijaya and followers) are believed to have landed. His marriage to the local princesses Kuveni as the legend says created the Sinhalese race. Stone pillars and guardstones at Kalivillu is referred to as remains of Kuveni Temple.

There are ruined pillars at Ochappu Kallu with inscriptions said to date back to the second century BC and some more could be seen near the Kokmotte bungalow.

The remains of a shrines with a 10m long reclining Buddha at Tantrimalai is the place where Sangamitta Theri (daughter of Emperor Asoka) had stayed overnight with the Sri Maha Bodhi sapling on the way to Anuradhapura. 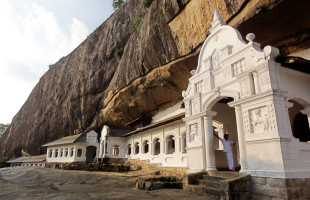