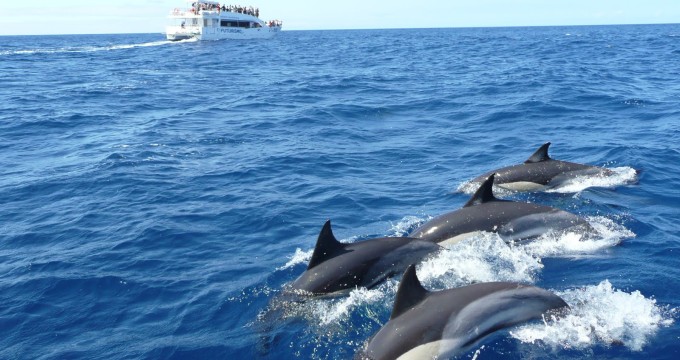 Kalpitiya, 103 miles (165 kms) from Colombo, is a predominantly Muslim fishing community strategically located at the mouth of the Puttalam Lagoon. The town was a famous port in the late middle ages of Sinhalese history, but it was the Portuguese who first built a fort in the 16th century. This fort was improved upon by the Dutch in the 1690s, and surrendered to the British in 1795. It became a garrison during the early years of British rule, but was eventually abandoned some three decades later. Now roofless, but otherwise in reasonable condition, the fort is a four-sided affair, with two whole and two half bastions. There is no ditch, but then the scarps are more than 20 feet high.St Peter’s Kerk, about a half-mile west of the fort, is Dutch in origin although it now displays the architecture of the British, who rebuilt the church in 1840. At the nearby fishing community of Talawila on the Kalpitiya Peninsula there is a well-known Roman Catholic church. This is the focal point of a pilgrimage for the Feast of St. Anne, which is dedicated to the mother of the Virgin Mary, held on July 26. The church is believed to have been founded by a 17th century Portuguese who had a divine vision of St. Anne herself. The church, while overwhelmed by the number of pilgrims at the Feast, is a magnet at all times of the year because of its reputation as a place of healing.Kalpitiya is located at the mouth of the lagoon, beyond which is the Gulf of Mannar. Close to Kalpitiya  there are several largish islands that can be visited by boat. One, called Ippantivu, is sometimes occupied by migrant fishermen. Some miles further north is another, Karaitivu, (not to be confused with Karaitivu a small village  on the landside of the lagoon opposite Kalpitiya) a strip of sand eight miles long and half to three-quarters of a mile wide.In the shallow waters around these islands and elsewhere in the gulf lives the dugong, the mysterious and elusive marine mammal that is believed to have spawned the legend of the mermaid. The largest specimens are supposed to come from the Kalpitiya area, for as James Emerson Tennent remarks in Ceylon (1859): One of the most remarkable animals on the coast is the plant eating dugong, numbers of which are attracted to the inlets, from the bay of Calpentyn (Kalpitiya) to Adam’s Bridge, by the still water and the abundance of marine algae in these parts of the gulf. One, which was killed in Mannar and sent to me in Colombo in 1847, measured upwards of seven feet in length, but specimens considerably larger have been taken at Calpentyn.

Kalpitiya is the best places if you are interested in seeing Dolphins. During November to March is the best season to go Dolphin Watching off Kalpitiya. At a time you can witness 1000-1500 Dolphins. We can arrange accommodation in basic holiday cottages to nice beach villas in Kalpitiya area. 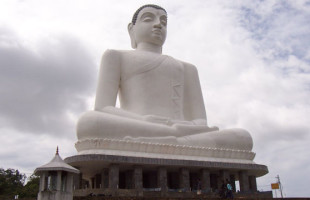 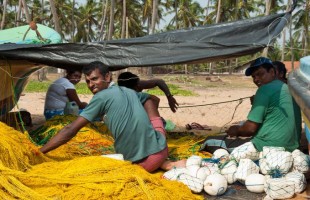